While I do enjoy the occasional horror flick, I would not consider myself to be a horror movie aficionado. Star Trek has made a few forays into horror territory, many of which completely creeped me out as a kid. Growing older and more fond of the horror genre, these creepy and scary episodes have definitely grown on me. With today being Halloween, I thought it appropriate to go over a few of my favourite horror Trek episodes.

My criteria were simple: I'm looking for episodes that creep me out the most and that I would not want to watch alone in a dark room late at night. With that in mind, here are a few favourites in no particular order:

Impulse (Star Trek Enterprise)
I thought this episode was fairly early in the run, but it turns out it was in fact an early third season episode. In the episode, Enterprise discovers a lost Vulcan ship adrift in an asteroid field full of a rare substance called Trellium-D. When Archer and the gang board the Vulcan ship, they are attacked by zombie-like Vulcans who have gone completely berserk after being exposed to the Trellium-D. Further complicating things, T'Pol begins to act strangely, eventually devolving into a zombie-Vulcan herself until Dr. Phlox can treat her. 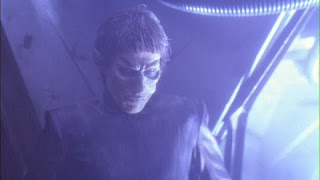 This is probably Star Trek's most blatant attempt at a classic horror film inspired episode which also capitalizes on the zombie craze at the time. The atmosphere on the Vulcan ship is not unlike the post-apocalyptic Earth you would see in a budget zombie flick. Everything was broken down and dark, strobe lights flashing everywhere. Then of course there were the zombie-Vulcans themselves, wild-eyed, mindless and impossible to reason with. I haven't seen this episode in a while, so I can't really comment too much about whether the plot was actually good, but what I can say is that this episode definitely had the feel of a quality zombie movie. The dark sets, and crazy camera angles really captured the atmosphere that they were going for. For me, this will forever be known as the zombie episode.

Schisms (Star Trek: The Next Generation)
A bit more of a psychological horror episode, this sixth season TNG episode really hits the mark in that respect. Various members of the crew begin demonstrating strange behaviour; Riker can't seem to make his duty shifts on time and Worf becomes fearful of a pair of scissors. They eventually gather together and piece together an eerie room on the holodeck that they all have recollections of visiting. Eventually they determine that they are being kidnapped in their sleep and having grotesque experiments performed on them by mysterious aliens. Riker eventually saves the day and sends the aliens packing before they can do any more permanent damage. 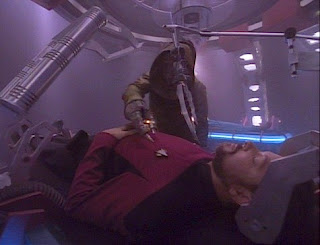 As a kid, I didn't fully appreciate this episode because I didn't totally understand what was going on, but the dark room did creep me out. Now that I'm older, I fully appreciate just how creepy this episode is. The aliens performing grotesque experiments on the crew members for seemingly no reason was really creepy and the fact that we never see them until the very end makes it that much more ominous. The premise for the episode is pretty sound and mystery in the cargo bay added to the suspenseful nature of the episode. I also loved that the aliens' motivations are never revealed leaving you in suspense after the episode is finished. All we know at the end is they were odd looking humanoids who did some pretty scary things to the crew.

Genesis (Star Trek: The Next Generation)
Whenever I think of Genesis, all I can remember is how much this episode scared me when I was a kid. Picard and Data take off in a shuttle to retrieve a stray torpedo and when they return to the ship, they find the lights off and everything gone haywire. Upon further investigation, they discover that the crew members have de-evolved into primitive forms of life from their respective home planets as the result of some sort of disease. While they attempt to find a cure, they deal with various members of the crew, culminating in a de-evolved Worf chasing Picard through the Jeffries tubes. Data is able to save the day, but not before some classic horror scenes and great makeup effects. 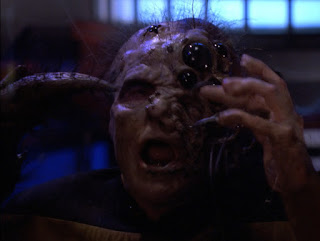 Like I said, this episode scared the hell out of me as a kid. Most notably was the scene in engineering when spider-Barclay jumps against the window with a honourable mention going to the scene sickbay when proto-Klingon Worf spits venom in Dr. Crusher's face. The latter literally gave me nightmares. What I love about this episode is that it has a solid premise and plot, the only hole really being why Picard chose to go after the torpedo. It provided the audience the opportunity to see the initial clues that something strange was going on, then see the aftermath from Picard and Data's perspective when they return to the ship. The makeup was almost all really well done in this episode (Troi's aquatic makeup was the only exception). Barclay's half-spider looked amazing as did proto-Klingon Worf. Even RIker's more subtle makeup to make him look like a caveman was good. I also loved the way they made the Enterprise look and sound incredibly creepy, adding to the atmosphere of the episode. For me this is the height of scary, creepy Star Trek. If I were to watch one episode to get into the spirit of Halloween, this is the one.

Empok Nor (Star Trek: Deep Space Nine)
Bias Alert: This episode prominently features my favourite character (the one and only Garak), so this may seem a bit gushy, but I think many would agree that this episode warrants inclusion in any scary Star Trek episode list. Maybe not, but I'm going for it regardless. Chief O'Brien leads a crew to abandoned space station Empok Nor in order to gather equipment to repair DS9 which seems to be falling apart at the seams. Upon arrival, they soon discover two Cardassian soldiers were left behind, the result of an experiment to heighten Cardassians innate xenophobia. The drug begins to affect Garak; at first he takes out his aggression on the left behind Cardassians but soon after begins to prey on the members of the away team. Garak is incapacitated by Chief O'Brien, but not before killing everyone except Nog and O'Brien. 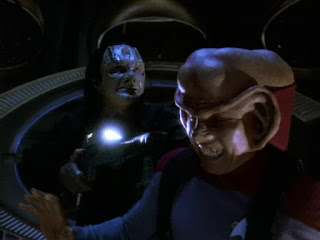 Everything about this episode screams scary episode. From the first appearance of Empok Nor, at an odd angle through the viewport of the runabout and the dark atmosphere to the brilliant music evoking unease throughout the episode. Garak's transformation from plain simple Garak to cold-blooded killer through the course of the episode was absolutely brilliant in its subtlety. The hints are there, but you don't really know until he stabs the no name Ensign with the engineering tool. There were also some classic horror elements in this one. To this day, I still jump when the Cardassian soldier comes crashing through the window to kill one of the other no name characters. There were some other nice touches as well. Stringing up the dead away team members before the final showdown was pretty creepy and Garak's capture of Nog left you wondering what he was going to do to him. It is very suspenseful and scary episode that ranks high not only on my scary episode list, but also my favourite DS9 episode list.

Macrocosm (Star Trek: Voyager)
I find this episode doesn't get its due when it comes to scary creepy Star Trek episodes, but I think it's worthy. Much like Genesis, Janeway and Neelix return from a diplomatic mission to find Voyager adrift and the crew incapacitated. Neelix is quickly rendered helpless by unseen lifeforms, leaving Janeway to get control of the ship and determine what is going on. She enlists the help of the Doctor who informs her that the ship has been taken over by a macroviral infection picked up on a planet. Janeway becomes infected and races against the clock to destroy the macroviruses and cure the crew. Eventually, after dodging numerous attacks by the macro viruses, Janeway is able to devise a plan to draw them into the holodeck where she is able to blow them up with an antogen bomb. 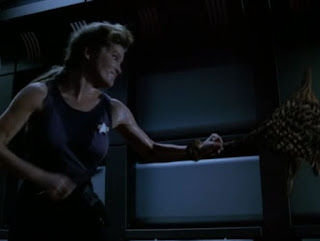 This episode for me really parallels Genesis in a lot of ways, most notably the great job of adjusting the lighting and the sets to create a really ominous and creepy atmosphere. I also thought the episode was built on a fascinating premise, a virus that has mutated and grown to near human size. It provided a worthy adversary to Janeway as she struggled to fight them off, save the crew and regain control of the ship. I also really liked having the Doctor recount the events leading to the ship becoming adrift in space even though it takes away some of the mystery and suspense. It was an effective way to bring the viewer up to speed. I thought the growths on the crew's necks where the mutated viruses would emerge from their bodies looked pretty good. The macrovirus special effects were good, but, like many of the early CGI effects in Star Trek, haven't aged the greatest. I thought the look of the macroviruses was pretty good though, although I'm a bit puzzled as to how the larger versions are able to fly around. The story was good in the episode and again, the changes to the sets and the lighting really established a creepy atmosphere, making for another great scary Star Trek episode.

So once the kids are done trick or treating and the Halloween festivities have died down, if you're looking for one last scare, any of these episodes should do the trick. Happy Halloween! 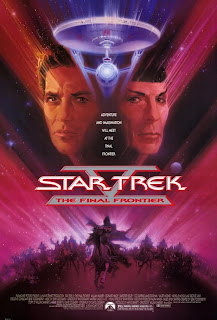 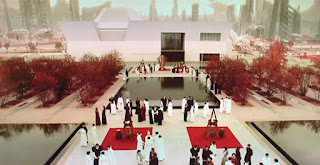